Stand by for my take on food and restaurants. I’m going to share with you some of the places, people and trends that inspire me. First stop – Sydney.

I travelled over to Sydney recently. Not because I’m an international jet-setter but as a chef I want to get out around New Zealand and the world and see what is going on. One of the best educations you can have as a chef is eating someone else’s food. I know – it’s a terrible job but someone has to do it. 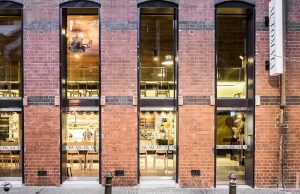 First place I would recommend is quite a new place in Chippendale called “Automata”.

Clayton Wells is the head chef and the brains behind Automata – he’s doing some really interesting food – it’s like a degustation menu. At $85 a head you get a five course set menu which changes regularly. The dishes have incredible flavours and yet the food is quite rustic. It’s a bit hard to describe so I’ll give you a couple of the food combos and you can try it out in your mind. Kingfish, Tamarillo, Creme Fraiche and Wakame oil. Or fermented Mushrooms with Barley, truffle and Jerusalem Artichokes. Starting to get the picture?

The food is all about the quality of the produce and the flavour. I’m over the ‘tweezer’ food and that’s why places like this really do it for me.

Next stop – L P Meats. I highly recommend this place. It’s owned by fellow New Zealander Luke Powell. Luke worked at Whitehouse Restaurant at a young age and he was head chef at the amazing age of 23 at Tetsuya’s (rated 4th best restaurant in the world). 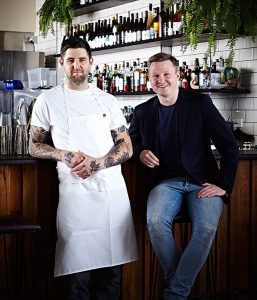 He imported an American smoker and is making his own sausages, cured meats and charcutterie – it is essentially a butchery combined with a restaurant. Lots of protein on the plate but it’s very simple, pure cooking. I loved it, so if you’re heading to Sydney, put it on your list of places to dine.

We have got some huge talent in New Zealand kitchens and they’re taking it to the world. That’s great to see.